It’s a warm day in June and we are gathered for the Beach Teaching School Alliance’s (BTSA) second project leaders’ day to consider how everyone is getting on with the stated intent to facilitate ‘a holistic approach to high quality provision for disadvantaged children’ across 35 schools, an initiative funded as a result of many hours spent putting together a successful bid to the strategic school improvement fund (SSIF).

In case you’ve forgotten that there ever was a strategic school improvement fund,  Alix Robertson of Schools Week reported it thus

The strategic school improvement fund was first introduced by the education secretary Justine Greening in November 2016, as part of a package of resources to support the school system and encourage greater collaboration between academies and maintained schools. The amount available is expected to double to £280 million over the next two years.

In December 2016, Sir David Carter, the national schools commissioner, said the new fund showed a shift in the government’s approach from “mass conversion to mass improvement”.

BTSA were among the 56 successful applicants in the first tranche of awards, and the project has been running for 9 months.  Today the windows are open and the blinds rattle slightly as the breeze drifts across the room.  Long before outdoor learning was an accepted way of engaging children, before Ofsted and SATs and Damian Hinds, I was at primary school.  On days like this we would ask ‘can we have the lesson outside?’ and if the teacher was feeling indulgent, we would sit on the grass and listen to story-time in the last lesson of the afternoon. It feels like high summer, yet it’s four full weeks to the end of term.  There is no sense that this group is losing focus.

I first met the group in February when the project was new to them all.  Learning in a group like this makes participants feel vulnerable; that was evident on our first meeting.  There is a tendency to believe that everyone else has got it cracked. We worry that asking a question will reveal our ignorance.  During the first project leaders’ day the group facilitator, Bill Jerman, skilfully made it safe. He frequently interspersed his comments with ‘you all know this, but do your staff?’ thus sharing his considerable expertise without asking individuals to reveal their lack of knowledge.  Participants were invited to share their practice; a few did. It was evident that there was a wide range of knowledge in the room.   What everyone had in common was their determination to ‘understand the gap’ (the title of the conference which opened the project) knowing that we cannot change something we don’t understand.

Until we can truly imagine what it is like to be uncertain whether you will get home to find that your Dad or Mum has just been made redundant for the third time in a year; to be uncertain whether there will be anything to eat for tea; to be anxious that the brother with whom you share your PE kit may have forgotten to bring it home from his school, which will mean you get a detention tomorrow for not having it; to long for space of your own in the bedroom which you share with 3 siblings; we cannot embrace the reality:  statistics regarding academic outcomes are useful and important, but addressing disadvantage is about far more than academic outcomes and extra maths lessons.

What a difference four months has made!  Today there is an energetic buzz in the room. Some have evidently met each other during one of the many professional opportunities that this project has to offer.  They are keen to share what they have achieved and to learn from each others’ experiences.

We have some reminders from the front of the room and spend some time discussing the engagement of parents.  What language do you use?  How does your website help?  Colourful flyers and leaflets have been used productively in some schools.

When participants are asked to share their successes, I pin back my ears.  This is what I’m here to learn:  what difference has the project made?  I am not disappointed, as the following are among the changes in practice which participants share (I paraphrase):

My favourite will forever be one participant’s reflection on making a cup of tea.

We used to set different objectives for different abilities.  One of my colleagues described it as though we had a staged approach to making a cup of tea.  Those with the highest prior attainment were expected to make the cup of tea.  Others could go as far as learning to put the teabag in the cup, fill the 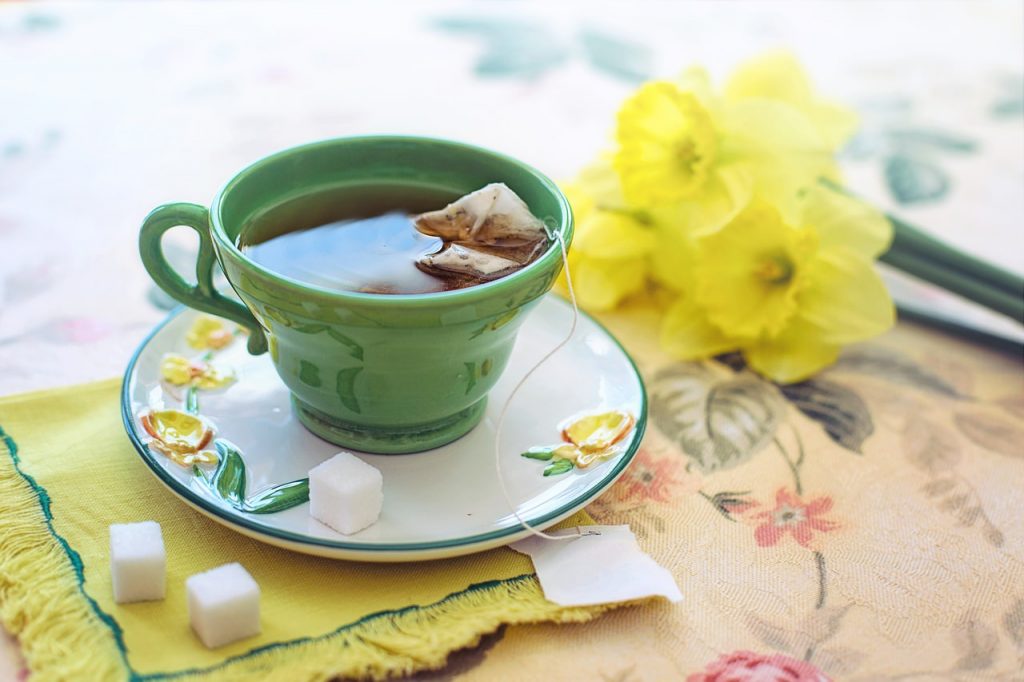 kettle and turn it on, but stopped short of pouring boiling water into the cup; some were expected to put the teabag in the cup and the cold water in the kettle, but not actually turn on the electrical supply (too dangerous for them). Those who had struggled in the past were required only to find the teabag and put it in the cup.  Now, she said, triumphantly, everyone is required to make a cup of tea; we just put more support in for those who need it.

I could go on sharing.  I’m happy to say that the participants are doing so.  It is a model of how teaching schools can use their expertise to grow the understanding and knowledge across a whole region. ‘Don’t treat pupils in receipt of pupil premium as a homogeneous group’, we are warned by Bill.   The enthusiastic and skilled central team in charge of this project have carried that approach through to the schools they are working with.  They are determined to be as responsive to each individual school, as we should be to each individual child.  Sadly, despite the promise of two years’ SSIF funding, it appears there will be no more. There has been an eloquent silence concerning the second £140 million expected in year 2. The education fund is stretched to breaking point and money to fund the recently-declared and well-deserved teachers’ pay award had to come from somewhere.

If you’re a white, working-class boy, you’re less likely than anybody else in Britain to go to university.

If you’re at a state school, you’re less likely to reach the top professions than if you’re educated privately.

If you’re a woman, you will earn less than a man. If you suffer from mental health problems, there’s not enough help to hand. …

… If you’re from an ordinary working class family, life is much harder than many people in Westminster realise. You have a job but you don’t always have job security. You have your own home, but you worry about paying a mortgage. You can just about manage but you worry about the cost of living and getting your kids into a good school….’

I understand there is no magic money tree.  I understand that cost of the teachers’ pay award has to come from somewhere.  I do not know a teacher who does not want to  ‘make Britain a country that works for everyone ‘ but please, Mrs May, help us to ‘build a better Britain’ and allow us to plan strategically with guaranteed funding in to the future.  Education cannot operate as a gig economy.

The views expressed in this blog are solely those of the author and are not intended to represent those of the Beach Teaching School Alliance or anyone involved in the project.

Scroll back to top